My motorbike tyre was fixed and the cost was 30 NZ$. Half of the price as I would pay in an official motorbike repair garage. Now she just has to last for another 4000 kilometres.

In the evening I visited my friends in Whitby, the Justices. We had a dinner together (great as usual) and in the evening, me and John watched a Quentin Tarantino movie with nice beers. After the movie my old room was still waiting for me.

Former dentist, Dr. King Schultz, buys the freedom of a slave, Django, and trains him with the intent to make him his deputy bounty hunter. Instead, he is led to the site of Django's wife who is under the hands of Calvin Candie, a ruthless plantation owner.

Today I visited my new friend and a motorbiker Brendan, who works in Waiwhetu Auto Services and I asked him if he can fix my tyre. He checked it and we had an agreement. I left the motorbike there and continued on foot towards Indian restaurant Curry Mahal, where we usually have Wednesday lunch with co-workers. For 10 NZ$ you get a great meal called "Chicken + Veg curry + rice + naan".

In the afternoon my room-mate Chuan-Zheng drove me to Wellington where I visited my ex co-worker Klemen and his wife Sabina. We had a couple of drinks in a hostel and later in the city in Hotel Bristol.


Today my company celebrated 3th anniversary and in office here in New Zealand we had a nice barbecue.


I had a nice sleep in a gym behind the Ruatoria Police Station and after the breakfast I did some exercises with the tools they had. My tyre still had some pressure so I was able to continue towards the nearby gas station, where I filled the gas and air in the tyre. 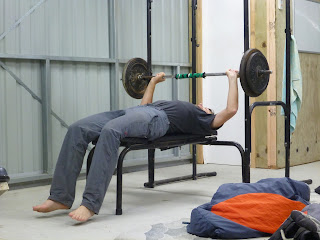 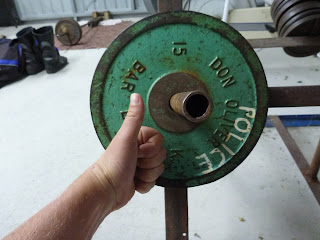 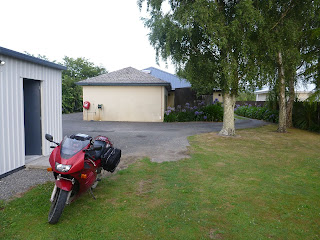 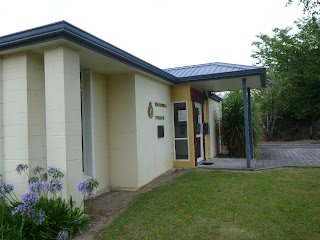 I packed and left the nicest police station, Ruatoria. Thanks again for hospitality. 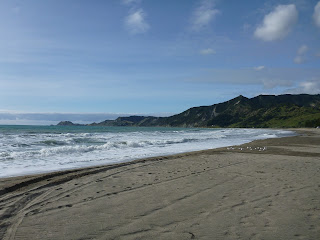 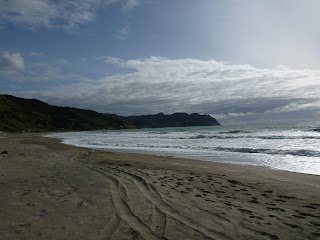 I followed my plan and I continued south. Saw some nice beaches on the way.


In this area there was also a Cooks Cove Walkway which leads you to the place, where Captain James Cook visited New Zealand in 1769 with his crew on a ship Endeavour. On 8 October 1769, Cook and his party made their historic landing in New Zealand. Local Maori were mystified by what they saw. They thought the Endeavour was an enormous bird with wings of great size and beauty, the longboats were smaller birds, while Cook and his men were atua (gods). Cook was eager to make friendly contact with the Maori people. However a series of unfortunate encounters, both on the day of the landing and the next day, resulted in the deaths of several Maori. The following day Cook took his leave and the Endeavour headed south. Initially Cook had planned to call the bay he landed in, Endeavour Bay, but instead he named it Poverty Bay “because it afforded us no one thing we wanted”.


In the morning I went to Lou's Lookout where a great view to Lake Waikaremoana is. Lou’s Track is named after the late Lou Dolman,The King of the Ureweras, a long-serving Tuai policeman who was instrumental in constructing the track in the 1960’s.

I continued on gravel road towards an old rata tree and some nice waterfalls, everything in just a few kilometres. 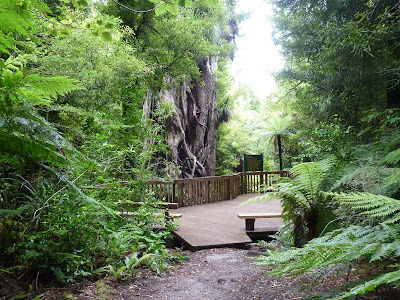 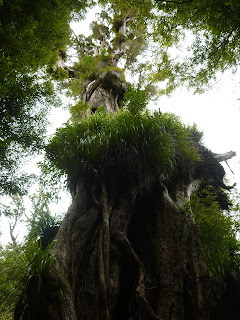 Northern Rātā: Metrosideros robusta. This tree began its life as an Epiphyte growing high up, possibly in the fork of a Rimu tree. The young Rata grew a network of aerial roots reaching towards the ground. The Rimu has since rotted away. The rata was probably three main vines which have intertwined. It is 13 meters around the base and aged between 800 to 1000 years old. 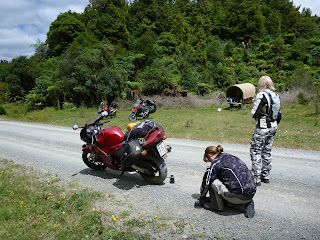 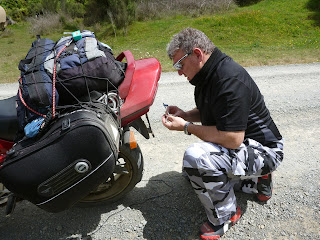 And surprisingly, there were 2 girls and a guy on 3 bikes, 2 BMWs and a Suzuki, but all enduro bikes. "Tanzanian" guy was very handy and together we were able to reduce the leakage to minimum. We said good-bye to each-other and we continued in our designated direction. 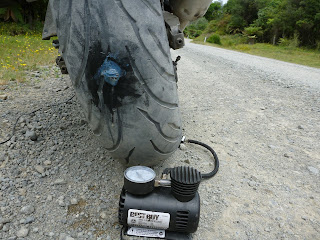 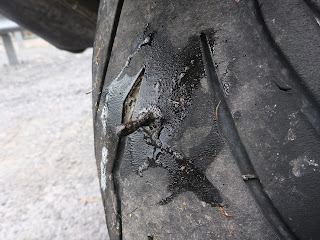 Let's go and good luck. After cca. 50 kilometres, a piece of rubber was still hanging out of the tyre. Leakage was still normal and tyre hard, still it was difficult to ride relaxed under this conditions. 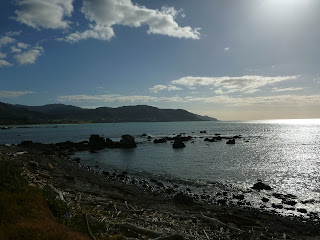 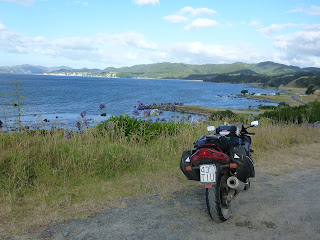 Beach after beach on the way to East Cape


When I came back from the East cape Lighthouse (755 steps one way), I noticed, that my tyre was leaking the air a bit more and since it was already a bit late and my Sonja was low with fuel, I changed my plans. I decided to ride close to the city and a gas station and my choice was Ruatoria. Unfortunately the city didn't have any campground, but I'll think of something when I will be there. So I arrived in the city, make a quick lap around it, but I didn't find a suitable place for my tent. I was hungry, so I stopped in the centre and I started cooking my dinner, some vegetables and pasta, on a bench near the main road. Soon a police officer came by and he asked me some usual questions, like what are you doing, where will you sleep, what are you having for dinner. My answers were cooking, I don't know and nothing special, some pasta with vegetables. The last answer made him a bit upset and he told me, that this is not a dinner. Dinner has to have meat. So he said, come with me, you can sleep at the gym in the police station and I will bring you some proper dinner from my home. And so it was. I took a shower there and he picked up a dinner from his home, sweet corn, chicken, french fries, garlic bread and some sort of cheese pie. It was an excellent energy boost after a long and nervous day. We also had a nice tea with a conversation. THANK YOU for all this, Sergeant.