Slovenia: With  Bicycle to Ljubelj Pass


My co-worker Rok and me started with a project called "Visiting different Pubs". Since we both like to drink a beer in a good pub, we decided to visit a different pub every day after work, drink ONE beer each and put down major notes about how we felt, like the ambient, how the waitress looks, the price of the beer and so on. The project will go on for a month and the results will be shown in  a google spreadsheet. 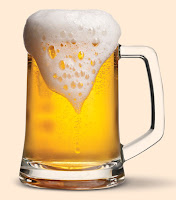 
Ana and me attended a concert in Trst (Trieste), where an American punk rock band formed in 1987 had a concert. Green Day were on the 99 Revolutions Tour and since Trst was our closest city with privilege to host them, we decided to be there. 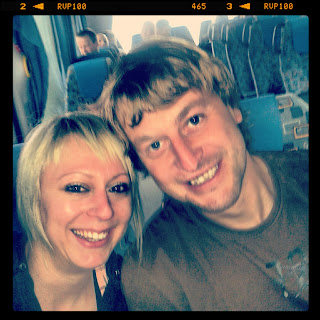 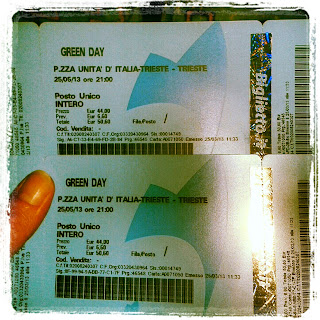 Somewhere on the bus, still in Slovenia, we got the tickets 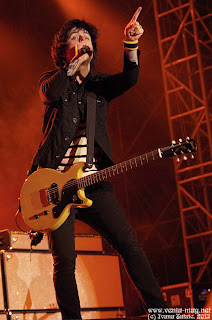 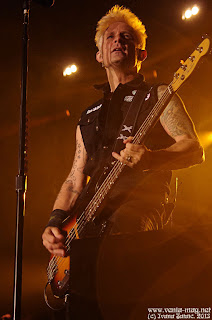 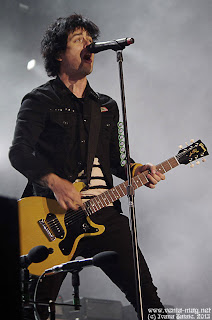 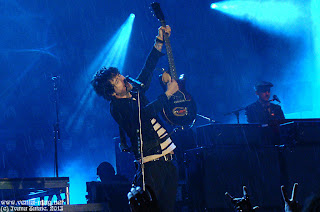 One of their great songs, Basket Case, from Dookie album (1994)

The beautiful square in the heart of Trieste hosted one of the biggest names of modern punkrock – Green Day. But even the grim day nor the foul weather couldn´t scare the fans who waited for the venue to open. The rain eventually stopped, and the warm-up band hit the stage at 8.30. Their 20 minute set covered some punkrock classics like the DeadBoys and the Ramones.

At about 9.15 Green Day opened with ˝99 revolutions˝ from their latest release. The show started with full power, but the stalling during every fourth song stole the time for at least five songs and eventually became annoying and expected. The weather also wasn´t very cooperative, as it started to rain again about an hour into the show. All of that didn´t seem to spoil the party for over 12.000 fans of all ages.

The show itself was splendidly played through, with excellent sound and light backup. Enhanced lineup of 6 acted as one through the whole show and the crowd was singing along as Green Day served a cocktail of hits new and old. At this point I must say, that old hits Basket case and She really got the crowd dancing and singing although the songs were played by the end of the concert. You could really feel the energy of the whole square. The power laden show lasted for over two and a half hours and Green Day proved they still got it. Over 20 years ago they pretty much put punk rock back on the map, and they still keep the crown.
Posted by Tuši at 23:59 0 comments


Nice day for cycling took me to Preddvor and Šenčur, where I decided to check on the event called "Old Eagles" in Sebenje. It's a summer ski-jumping competition, where "retired" ski jumpers meet and test their skills.

After the competition, where also my neighbour Kralj joined me, we went to a birthday party, that took place at Pr'Benk. 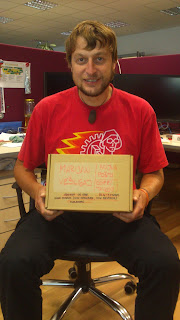 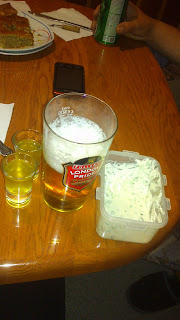 Present from co-workers and a triple desert @ home


One of my friends, Blaž, will get married and I attended his bacelor party in Ljubljana. We all gathered in a restaurant and after some drinks and food we continued towards the city centre and on the way, Blaž had to perform many tasks.

Slovenia: Setting up the Hayrack


The foundations, that we built 8 days ago, were dry, so we gathered again and we placed the Hayrack on designated place. We had some issues with the distance between the mounting points, so some extra work was needed. 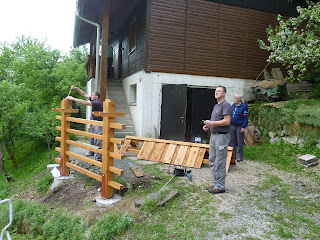 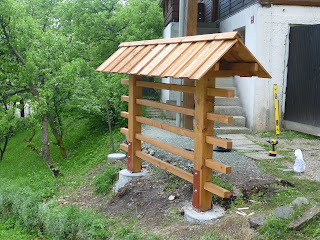 
My CouchSurfing guest Sep joined me on a hike from Ljubelj to Preval. We took the scenic Bornova way to get to the top. 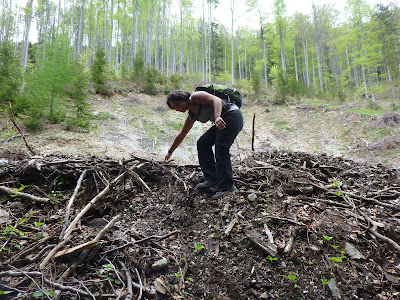 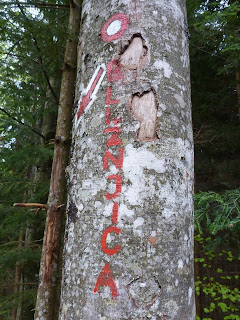 Descent was much more interesting. We started with marked shortcuts...

Hiking with Sep to Preval

My CS guest Sep and me went on a trip with a Blue Horse. Our goal was to visit the most interesting places in Slovenia, so I decided to show her the coast, Soča valley and other attractions on the way. 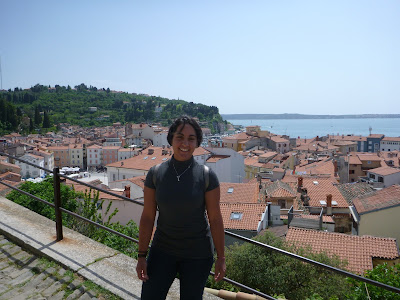 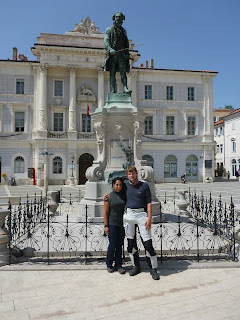 Piran, one of the three major towns of Slovenian Istria, with much medieval architecture, narrow streets and compact houses. On the right photo, besides Sep an me, also a statue of  Giuseppe Tartini, Baroque composer and violinist. 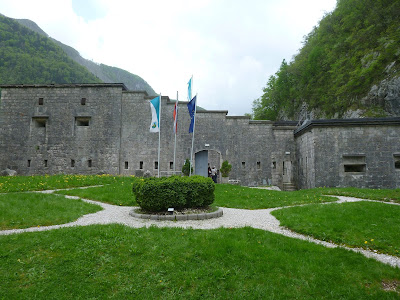 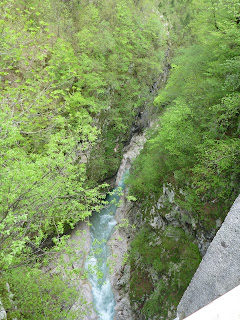 Kluže Fort above Koritnica river served as an important barrier into the Bovec basin. Already its location above the Koritnica gorge is exceptional. According to the historian Simon Rutar of Tolmin, the Bovec fort was built as a Venetian defense against the Turks and was later used by other European powers.


I took my Snow White and we went on a ride around Gorenjska with a plan to visit my co-worker Primož and if the time permits also other friends. In the evening I had to be home, because I was getting a visitor from CouchSurfing.

On my way home I stopped two more times, at 2 more friends, Primož and Grega, where I refilled my lost liquid supplies.

In the evening I received a visit. Sep, a girl, that I met in Sydney through CouchSurfing event was travelling around the world and she also stopped at my place. Since she was starving from a long trip I took her to one of my favourite restaurants in the area, Gostišče Koren.