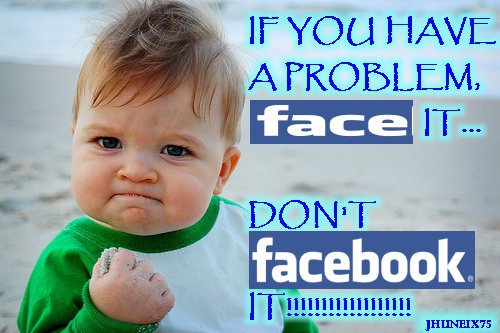 Tragic news came from Sepang, Malaysia today. MotoGP rider Marco Simoncelli, Gresini Honda, died in an accident in 2nd lap of the race. The 24-year-old's helmet came off in the collision and he was taken to the medical centre for treatment, but his injuries were too serious.

”Aren't you scared you might die in an accident?”

”No. You live more for 5 minutes going fast on a bike like that, than other people do in all of their life." [Marco Simoncelli] 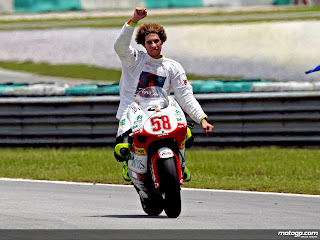 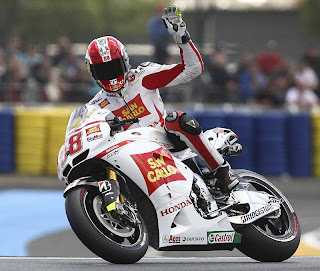 This Friday me and my co-workers decided to have a nice lunch in Hotel Krona. We had some coupons for traditional Slovenian food and young wine. 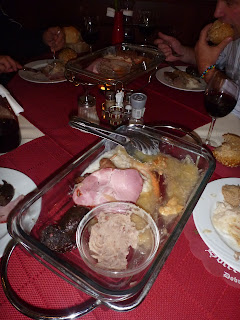 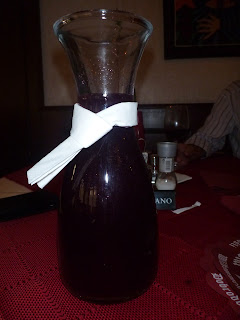 After work it was time for another match, this time hockey. Vučće and Žiga joined me.

443th match between the teams ended just like we wanted, but it was not easy, because Tilia Olimpija was already leading for 2 goals in 2nd third. In the end we won after penalty shootings. James Sixsmith was the man of the game.

This years Euroleague Basketball has started. Slovenian team from Ljubljana, Union Olimpija is participating in group D along with FC Barcelona Regal (SPA), Montepaschi Siena (ITA), Asseco Prokom (POL) and Unics (RUS). Some friends decided to join me at the game in Arena Stožice.


Our guys started good and after 4 minutes we were leading 10:5. But unfortunately that was it. Barcelona started to show their power and in the end they won for 22 points. 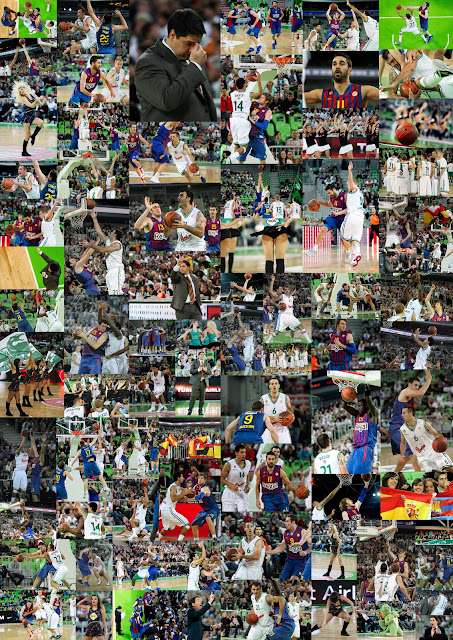 And today, it was also a sad day for Slovenian sport. One of our best Slovenian handball players, Iztok Puc,  of all times lost his battle with lung cancer, only 45 years old.


...and his masterpiece in EHF finals 1993, when he was playing for Zagreb.

After a very long time I went to cinema and it was my first time in Cinema Komuna in the centre of Ljubljana. The movie, "Lahko noč, gospodična" (Good Night, Missy) was quite cool. "Lahko noč, gospodična" depicts a story of a young woman, Hana, who leads a seemingly perfect life with a husband, a daughter and a well-paid job. However, after finding out that her husband is cheating on her, she returns to her mother, where she has to rethink her priorities after meeting a lover from her student days. 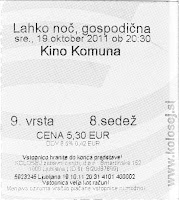 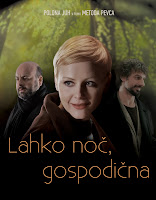 After lunch we had a family hiking trip to Ljubelj Pass.

90% of motorbikes in Slovenia are already sleeping in the garages, but not my Yamaha. I decided to check how cold it is on highest Slovenian mountain road pass, Vršič. First I stooped in Dovje, to say Hi to our priest Jakob Aljaž. He was the guy, who bought our highest mountain Triglav on 15. April 1895 for 1 goldinar and then built a tower on top on 7. August 1985. The tower is now called Aljaž tower. 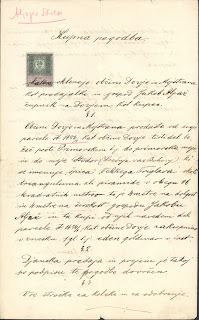 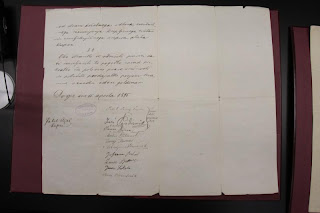 The contract between municipality Mojstrana and Dovje and Jakob Aljaž 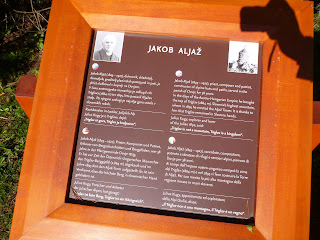 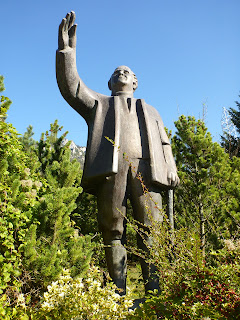 The monument to Jakob Aljaž looks to Triglav

I continued my trip, I passed Kranjska Gora and stopped at Russian Chapel. Chapel is a memory to Russian POWs, who were building the road to Vršič and died in an avalanche in March 1916.


Since the weather was warm and sunny I took a short 15 minute walk to the nearby Poštarska mountain hut, where I also saw Ajdovska deklica (Pagan girl).

Ajdovska deklica is the rock face of a maiden that found its own special place in folk fable. The legend says that the Pagan Girl (Ajdovska deklica) is an image of a petrified pagan giantess. She was kind and warm-hearted woman who would help mountaineers and people transporting goods find their way through snow blizzards to Trenta. She was also a fate deity (Sojenica) who was able to foretell the destiny of the newborn. She foretold a newborn baby boy from Trenta that he would become a brave hunter, unrivalled by other at the foot of Prisank. He would shoot a white chamois with golden horns, sell the horns and become incredibly rich. When the other Fates heard of her prophesy, they cursed her. As soon as she returned to her home in Prisank, she turned to stone.

I started to descend to Trenta valley and my next destination was to see some cars on Idrija rally. I arrived to their 4th stage in Otalež. 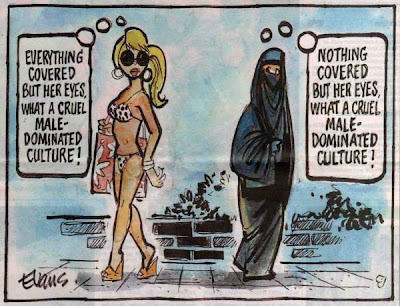 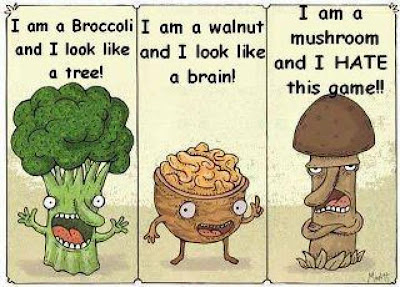 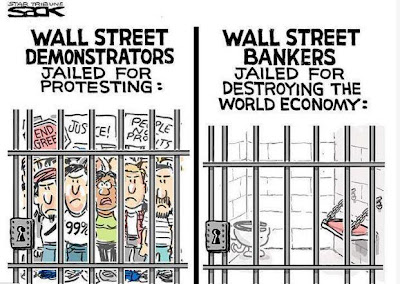 Would anyone like go to Isle Of Man next year, to see the International Isle of Man TT (Tourist Trophy) Race, which will be from 26th May 2012 till 8th June 2012 (Official page)? If so, let me know.

Now you probably wonder, what is that island, where it is, what is so special about it. Some Q&A are collected here:

The Isle of Man is an island located in the middle of the Irish Sea and is part of the British Isles.

And what is special about the race? See the videos.


MIDWAY : trailer : a film by Chris Jordan from Midway on Vimeo.

Tim, Žiga, Špela and Andreja were celebrating their birthdays at Gostišče Pr' Smuk.

After a year and a half we had another High school gathering.

After work I went to Roma bar to drink one beer. Much more happened then... 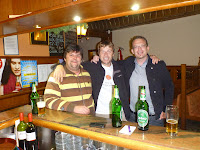 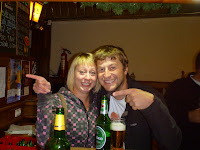 It all started with that one beer

In the evening we moved to Latino bar, where some band was performing old rock songs. 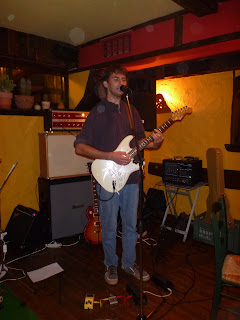 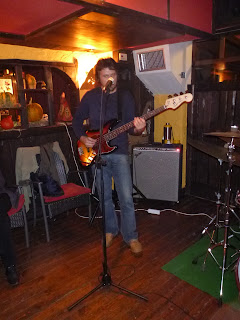 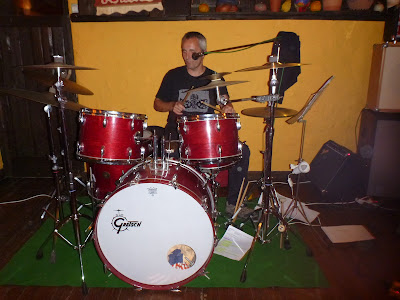 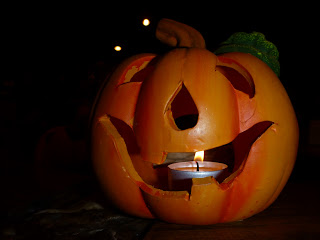 Some facts I learned or renewed today, while I was looking at this chart.


Nautical mile is approximately one minute of arc of longitude only at the equator. How to calculate altitude from an atmospheric pressure? The answer is here. Click. Or if you need a formula, it is here:
z = (RT/gM).loge(po/p), where z is the height difference between the starting height and the measurement height, R is the gas constant, T is temperature of the air measured in Kelvin, g is the acceleration due to gravity, Mis the molar mass of the gas (in this case air), po is the atmospheric pressure at the starting height and p is the atmospheric pressure at the measurement height.
Posted by Tuši at 18:30 0 comments