Weather forecast was promising for paragliding so Primož and me took our equipment and drove with Danica to Lake Bohinj, where we met with our instructors.  They told us to wait till the afternoon, but we couldn't do that, so we only enjoyed a couple of hours by the lake. 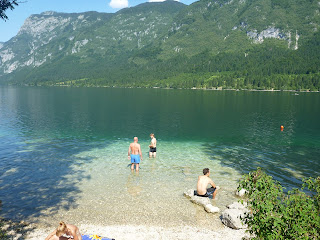 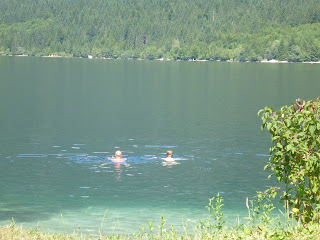 Lake Bohinj is the largest permanent lake in Slovenia.


I dropped my GPS device a couple of weeks ago and I broke it's touch-screen. I ordered a new one and replaced it. Job successful.


Another day, another bicycle ride. This afternoon I took the road I never rode before, although it is very close to my home and it was brilliant.

Slovenia: With bicycle to Ljubelj Pass & New resitents at home


In the afternoon I quickly went on the bicycle and after 1 hour and 10 minutes I was at my destination, Ljubelj Pass. Way down was much quicker and it took me only 10 minutes.

1 hour and 20 minutes for a nice roundtrip

When I arrived back home I checked our animals and our rabbit had small babies. 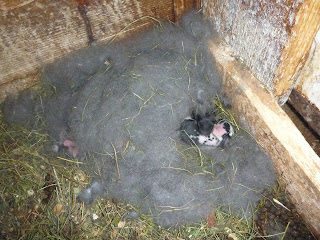 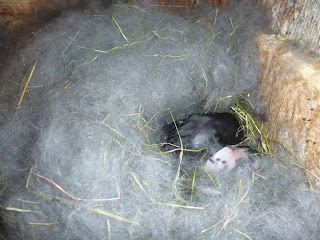 More than 3 definitely, but you shouldn't touch them when they are so young, so we will wait for an exact number.

First expedition of the day was to visit the Kozjak waterfall. Grega, Janez, Tjaša and me drove to Kobarid, from where we took a short hike to the waterfall. 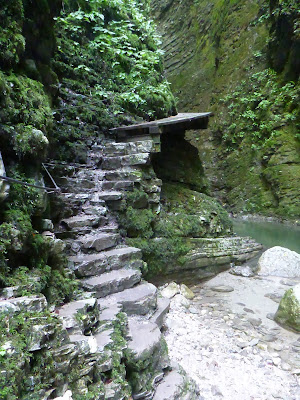 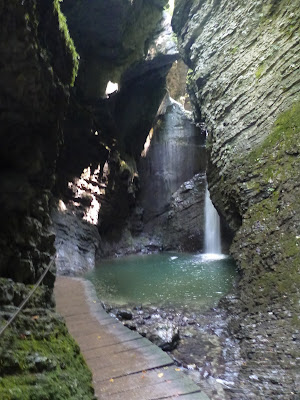 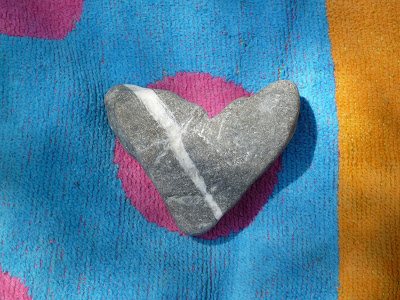 In the afternoon we left the Soča valley and with two stops, in Škofja Loka and in Kranj, we got back home, ready to go to work tomorrow.

Wind and rain stopped over the night and the sun came out. While Mare, Polona, Tjaša and me had breakfast, our tent was drying. After the breakfast, Polona and Mare went riding the bicycles and Tjaša and me continued with a motorbike to Robidišče, Slovenia's westernmost settlement.

We continued towards Tolmin, where we decided to check the area called Tolminska korita (Tolmin Gorges). 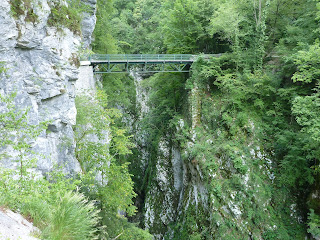 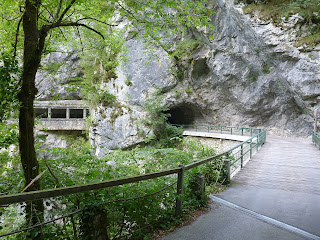 First we crossed The Devil's Bridge. Devil’s Bridge (Hudičev most) and the road leading to the village of Zadlaz-Čadrg were commissioned in 1907 by the Tolmin mayor’s office. The road was built by locals, together with workers from the Bohinj Railway at the beginning of the twentieth century. The bridge was originally made of wood, and was later, under the Italian government, replaced with iron. At that time the bridge was given its name that is still used today. 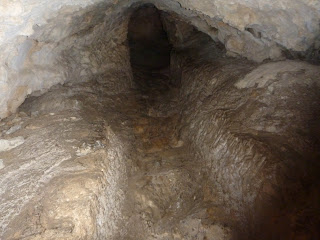 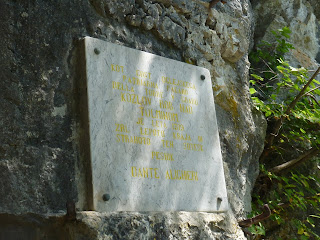 Our second destination was Zadlaška jama (Dante’s cave). The cave is named by the village Zadlaz and is one of the many caves, by which were flowing off the waters of the Soča glacier. In the cave are three chamber rooms, the cave interlacement is 1140 metres long and 41 metres deep. In the beginning of the 14th century the patriarch Pagano della Torre in Tolmin hosted the poet Dante Alighieri, which had at that time visited the cave and find in it the inspiration for the Pekel (Hell) in his poem Božanska komedija (Divine Comedy). After that poet the cave got the second name. 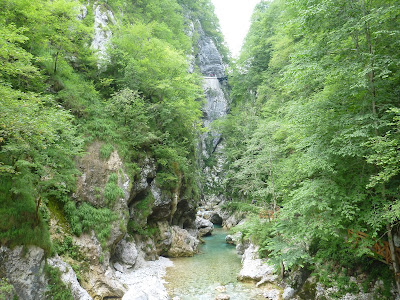 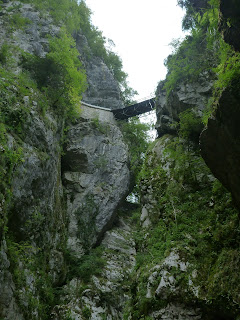 Devil's bridge from the bottom of the Tolminka gorge


Our tour of this area was finished, therefore we continued up to the village Čadrg, where we took a short walk to one of the sightseeing point and on our way back we bought some cheese, known as Tolminec, one of Slovenian indigenous cheeses (in the time of writining besides Nanos cheese (Nanoški sir), Bovec cheese (Bovški sir) and Mohant).


Our host for today, Grega, was already waiting for us, so after a quick stop for a beer we joined him and his friend Janez in Prapetno. We decided to do some shopping and then go to the Soča river for a swim. 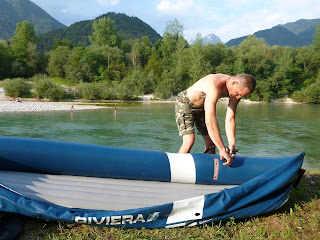 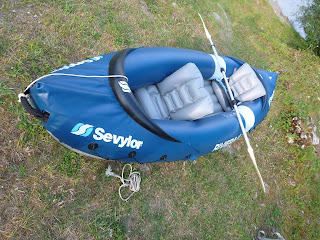 Grega filled up a boat for me and Tjaša 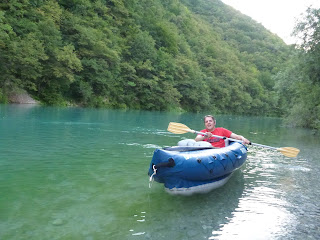 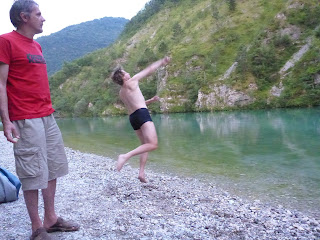 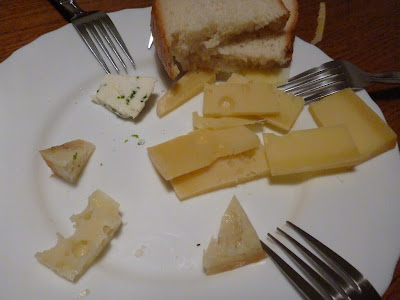 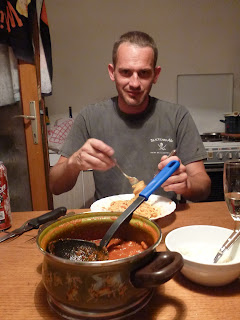 Boss of the house, Grega, and our dinner, cheese and spaghetti

Friday, after I finished working, I took my motorbike and picked up my friend Tjaša. We decided to explore the Soča valley, one of the most beautiful parts of Slovenia. On our first night, we decided to stay in one of the camps in Bovec. 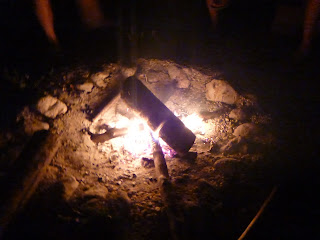 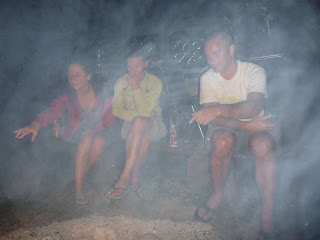 In the camp Mare and Polona joined us and we had a nice evening with couple of drinks by the fire.