After work I took my Snow White to nearby hill, called Soteški hrib, 406 m.


After the short trip Nada joined me and we went climbing on a wall (Called Roman Wall) in Ljubljana. I tested my new climbing shoes and I like them.


After the climbing we visited my co-worker Vlado. Since he had a birthday, we stayed a bit longer, ate and drank. Everything was great until the point, where we decided to leave. When we got outside, my bicycle, my Snow White was gone. Some bastard stole her. I reported the incident to the police, but the bikes are usually gone forever.


Last ride with my Snow White. I miss you already. We did amazing 3.619,94 kilometres this year. 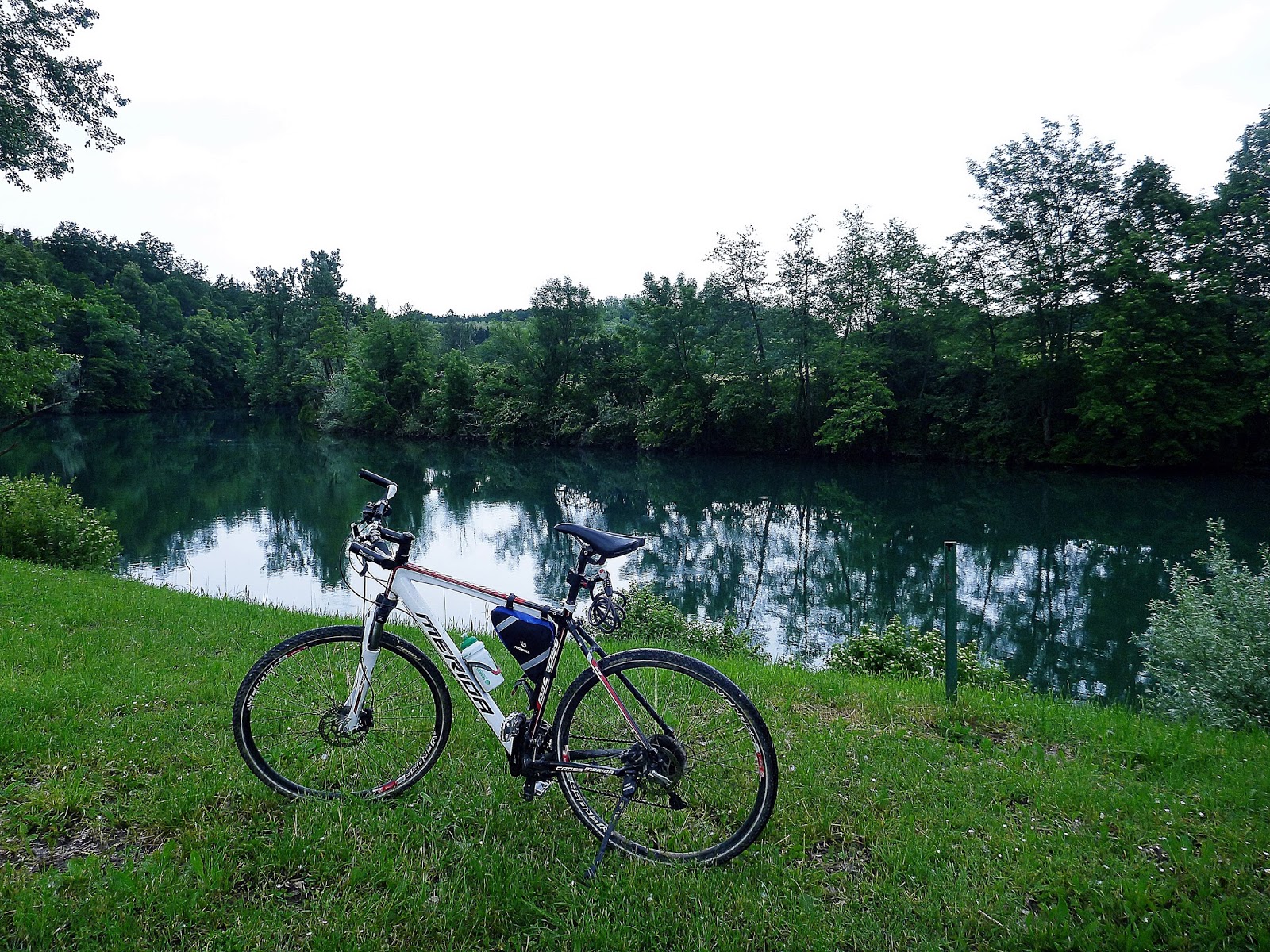 My Snow White. If you see her, contact me, you won't regret it.


Our village Podljubelj, also known as Sveta Ana (Saint Ana), organizes some events in September, that last for the whole week, and today we had the last day.

Our first event of the day was the hike through the valley, where we stopped by at some interesting places, like the local church that was mentioned already in the 14th century, mercury mine, concentration camp and our local guide Nejc explained some interesting things to us. 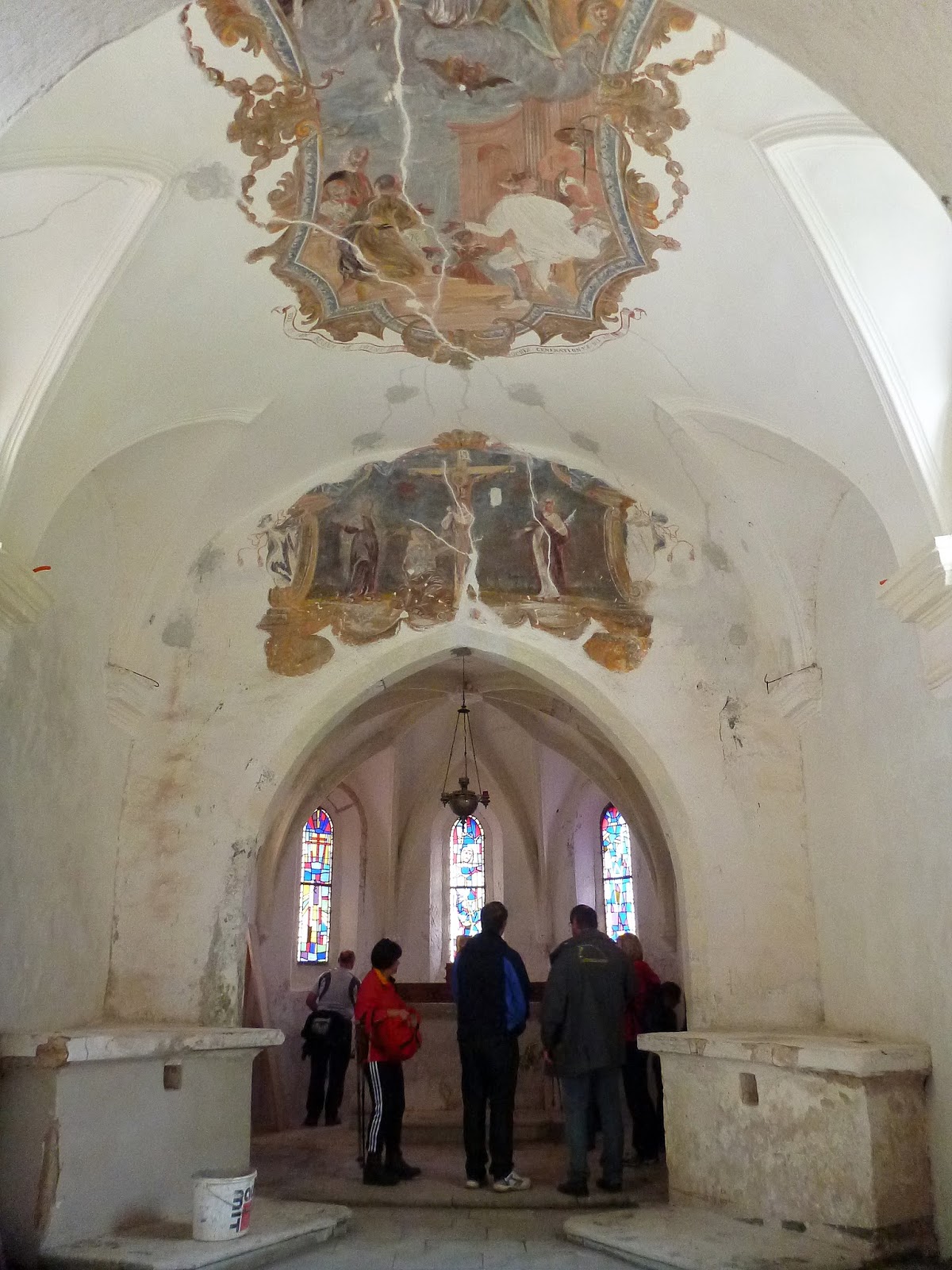 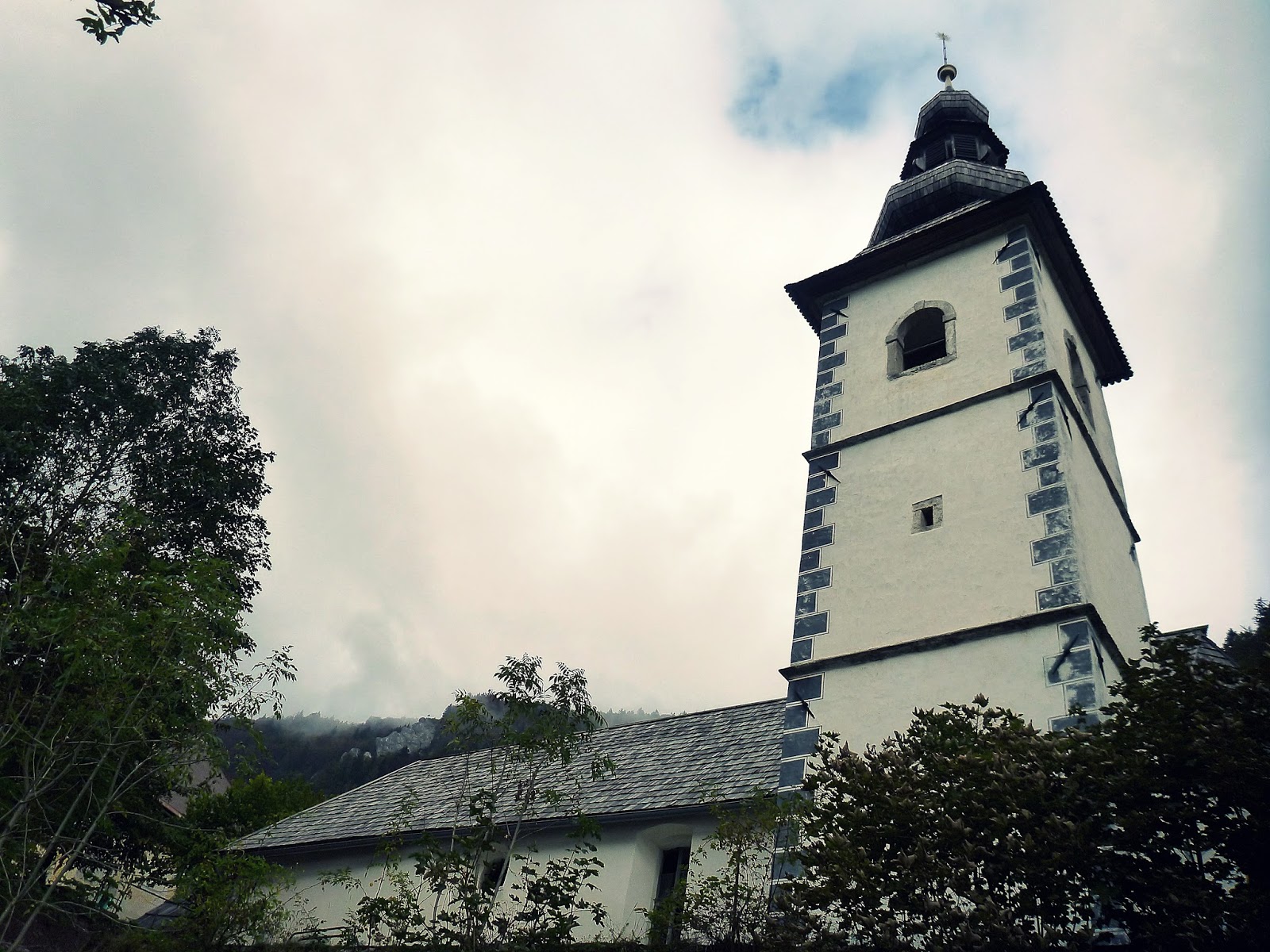 The church was first mentioned in 1399. It is one-nave church with the Late Gothic presbytery which has three-eight conclusion dated 1519. The nave was most probably baroqued in the 18th century. Stained-glass windows were created by Stane Kregar in 1964. The statue of Saint Anne on the main altar was created by Vinko Ribnikar in 1957. 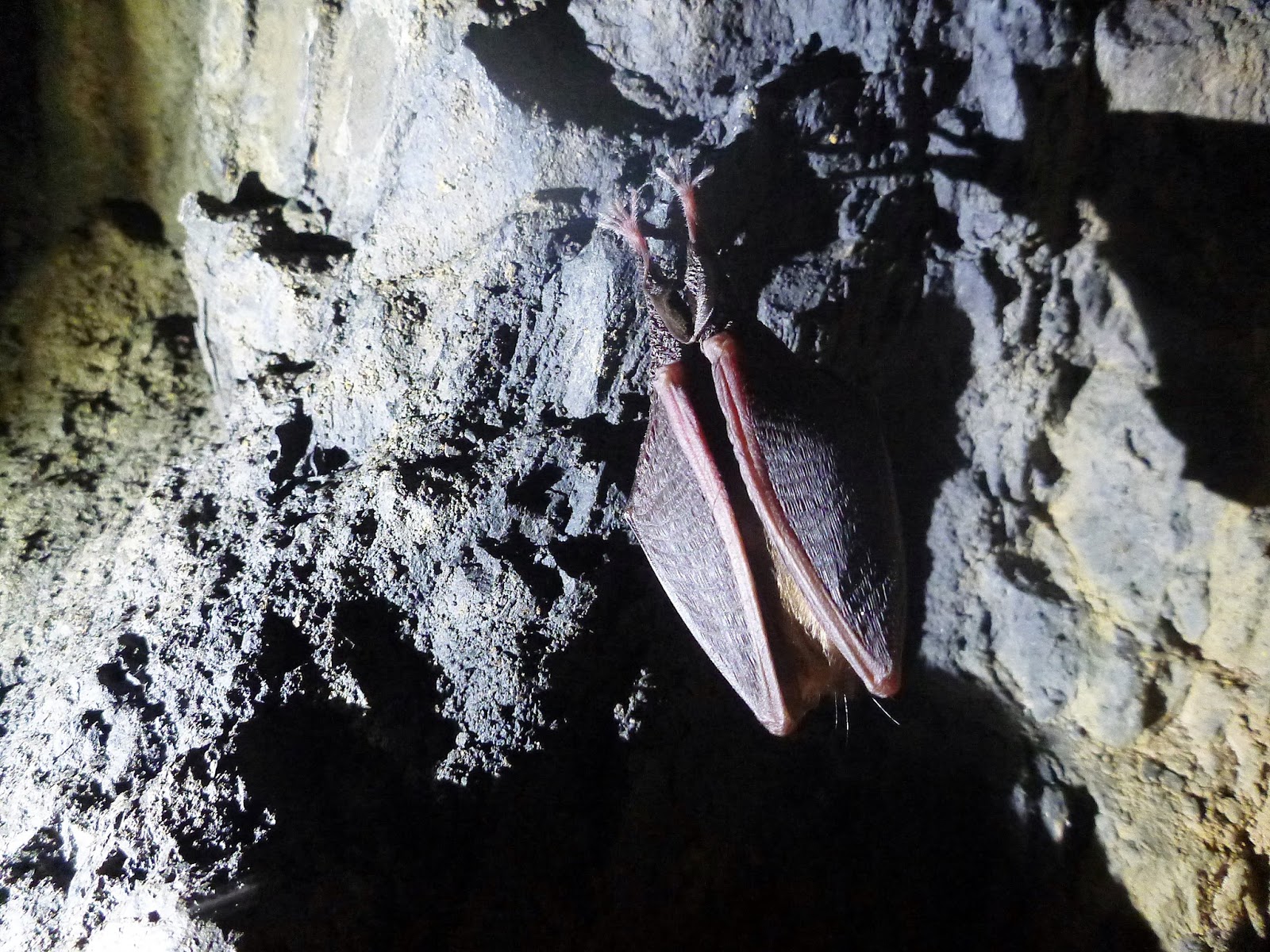 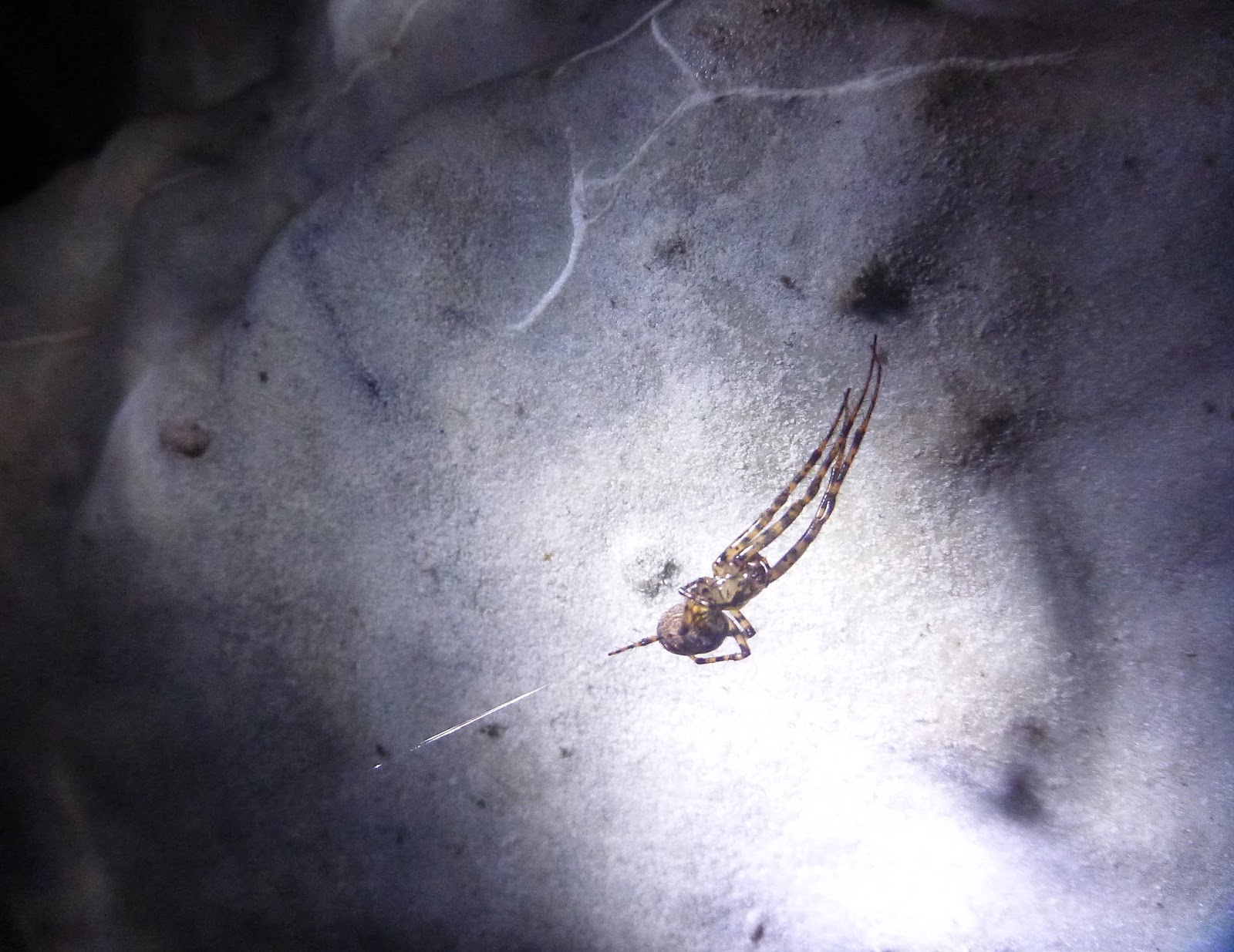 Our next stop was the mercury mine. Cinnabar was found in our village around 1560. The operation of the mine and its exploitation changed several times. The mine stopped working in 1902.


Our hike finished at local Camping place, where we continued with our events.


Hike with the locals in our village

Our second event was Obstacle Challenge with many interesting tasks. We competed as pairs, but to spice things up a little, the pairs were randomly appointed. 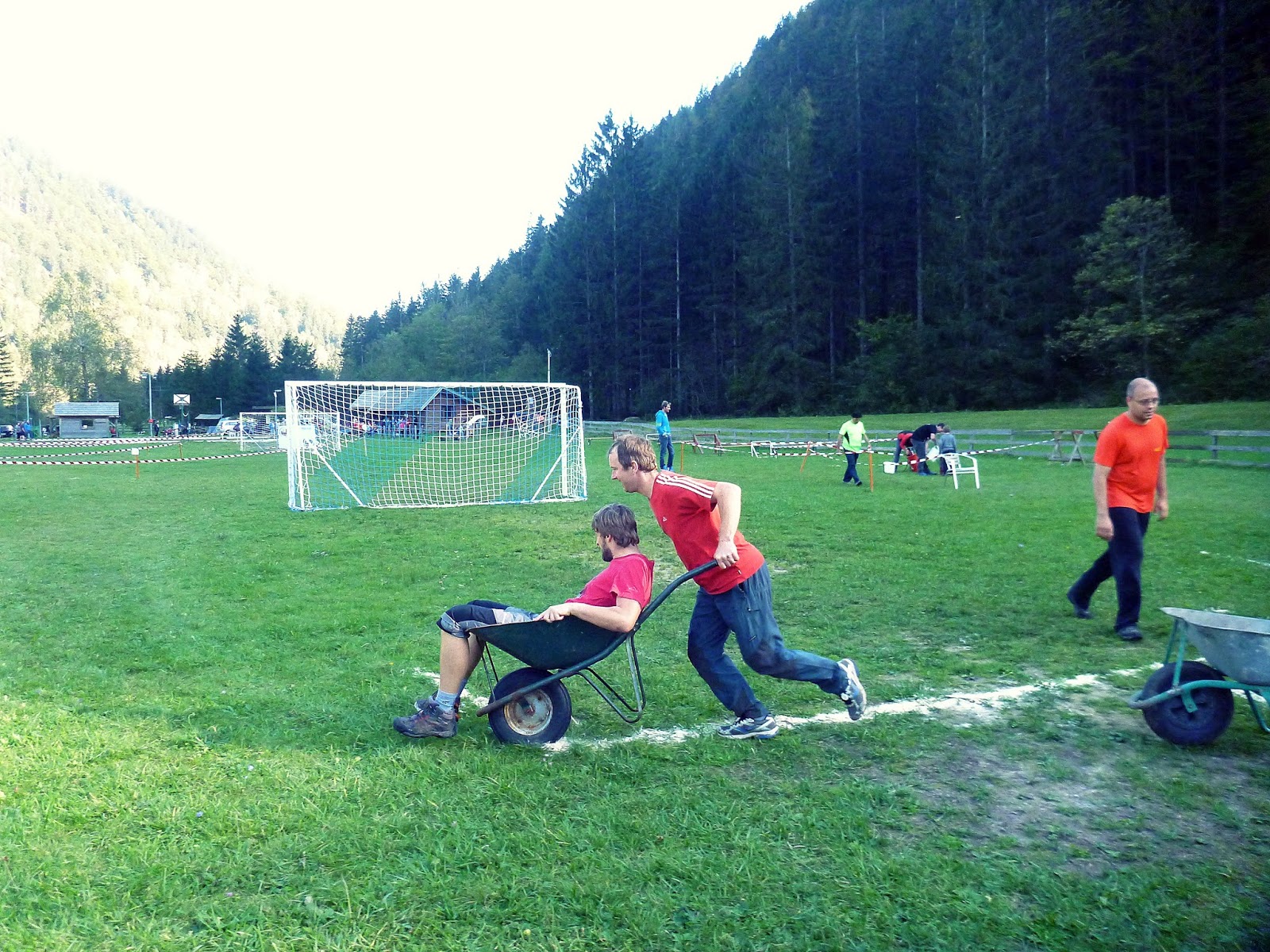 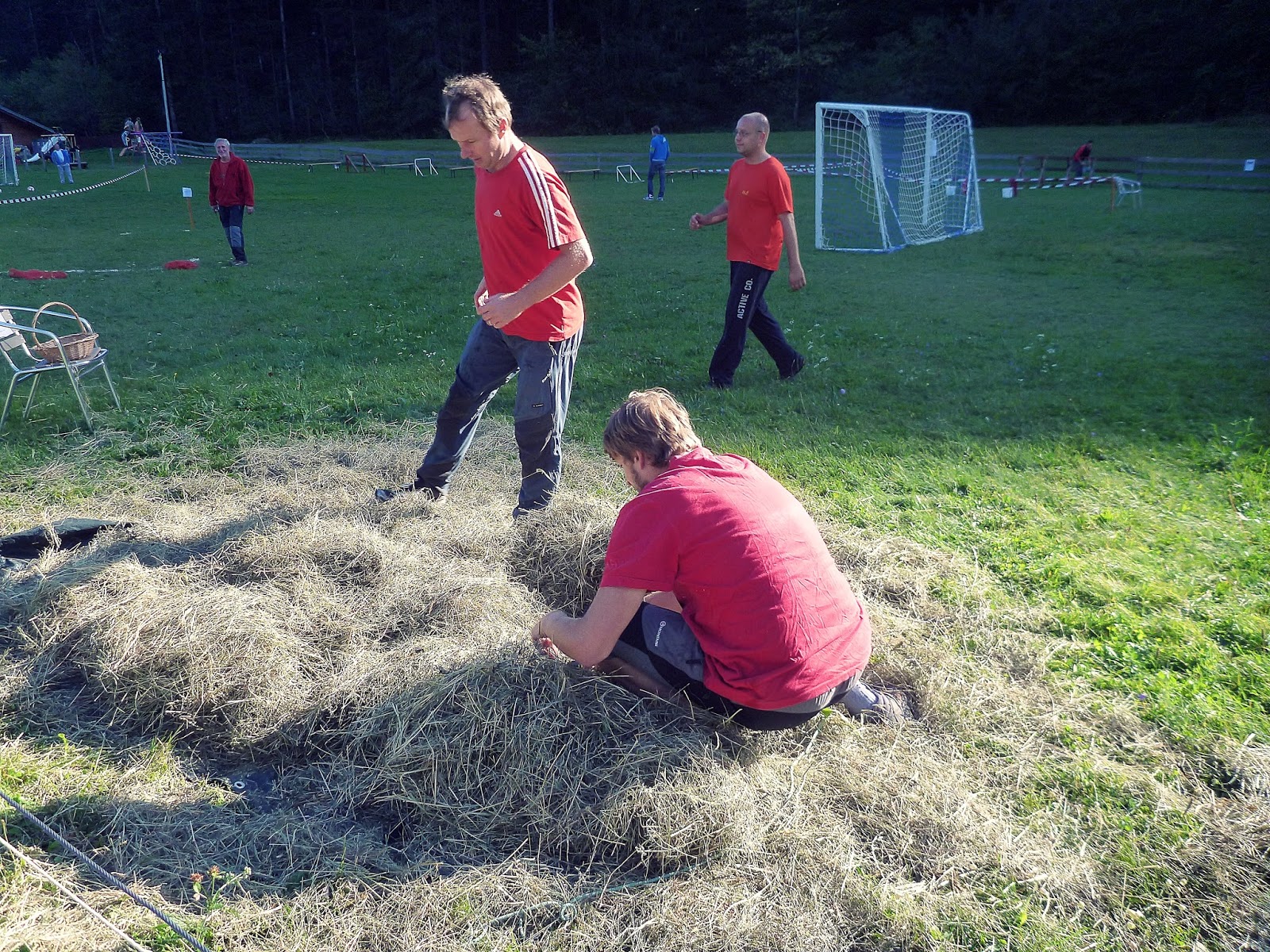 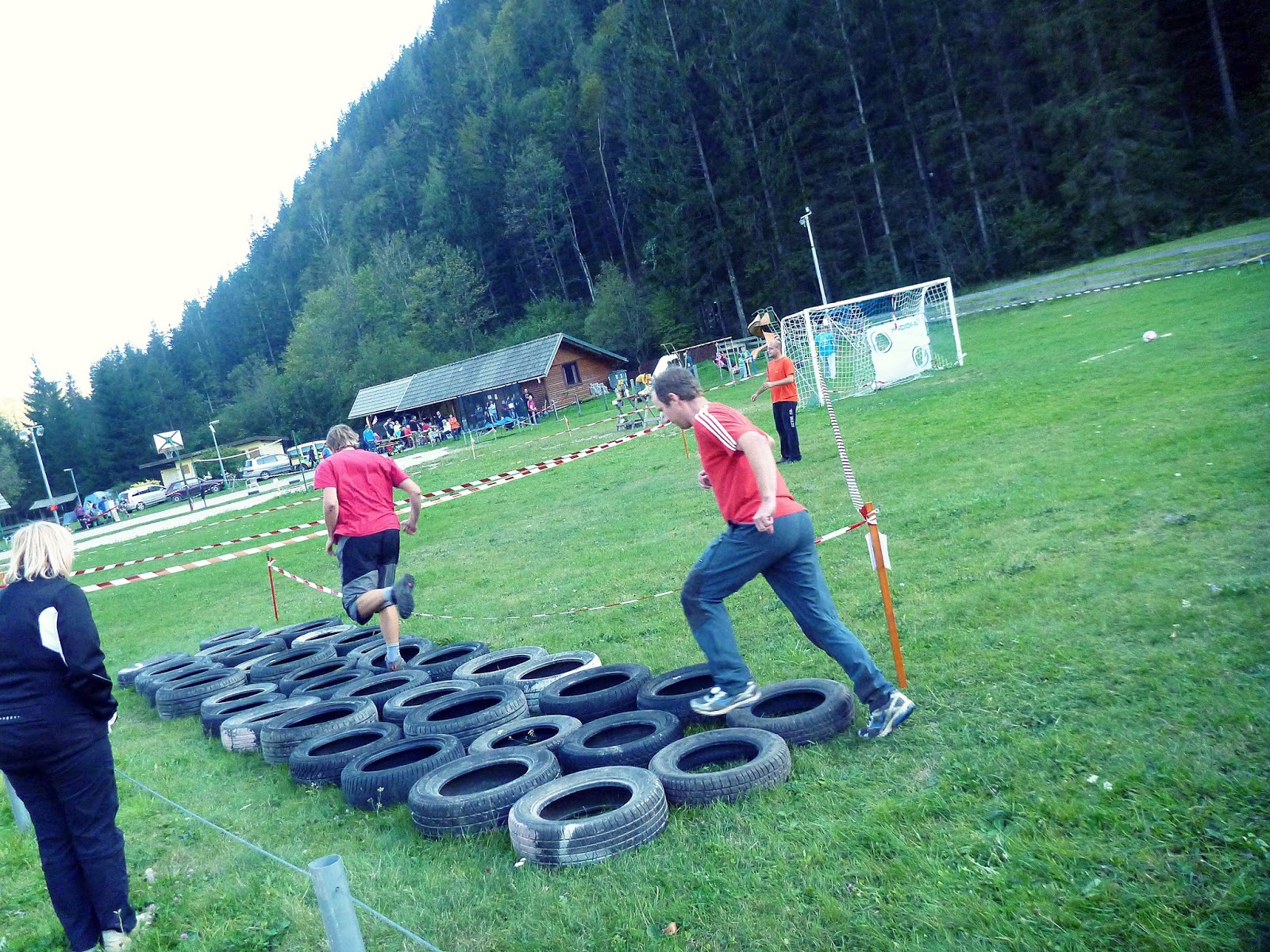 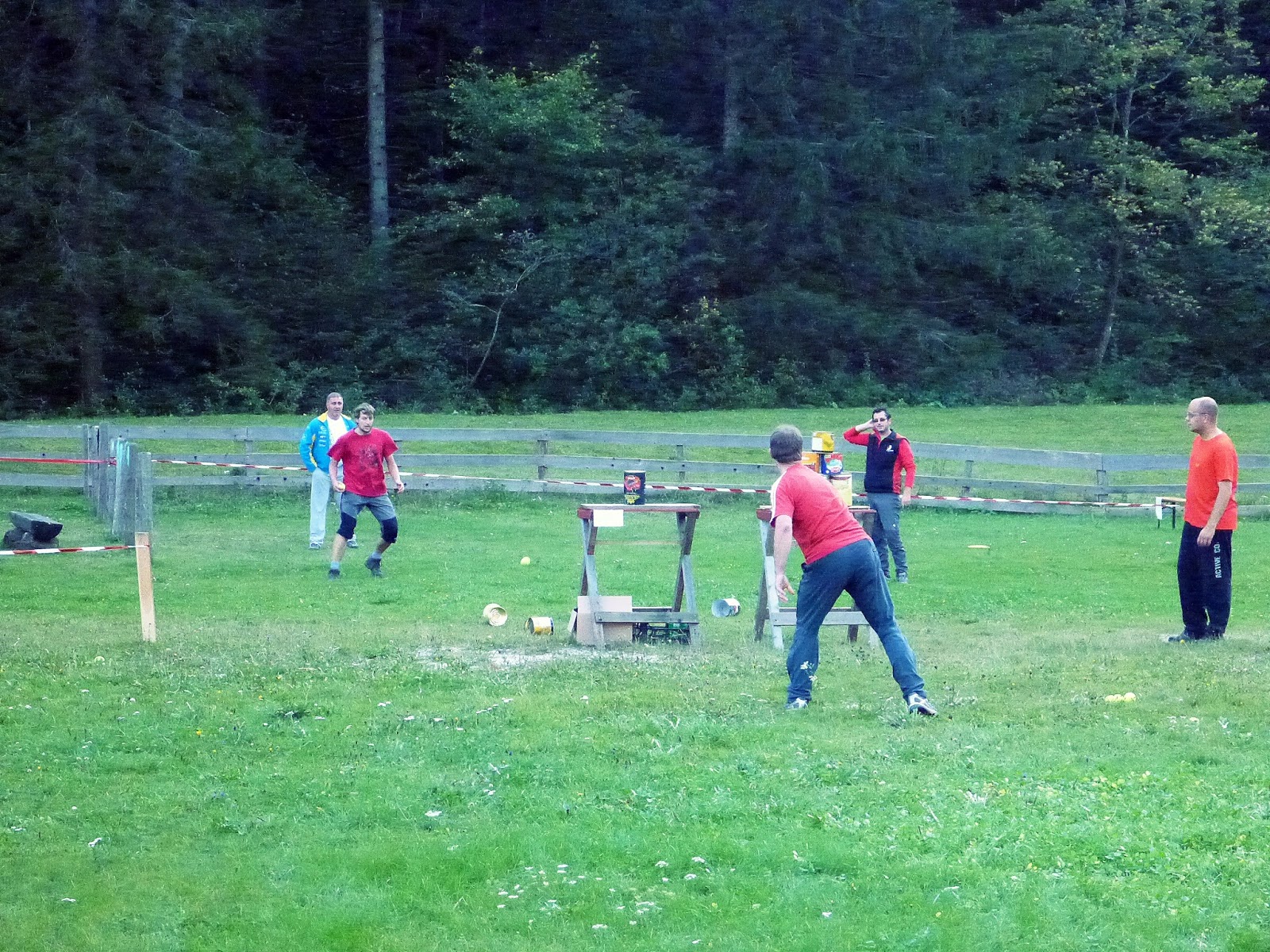 Me and my co-competitor Vizo

The last event was the football match, Young vs. Old. 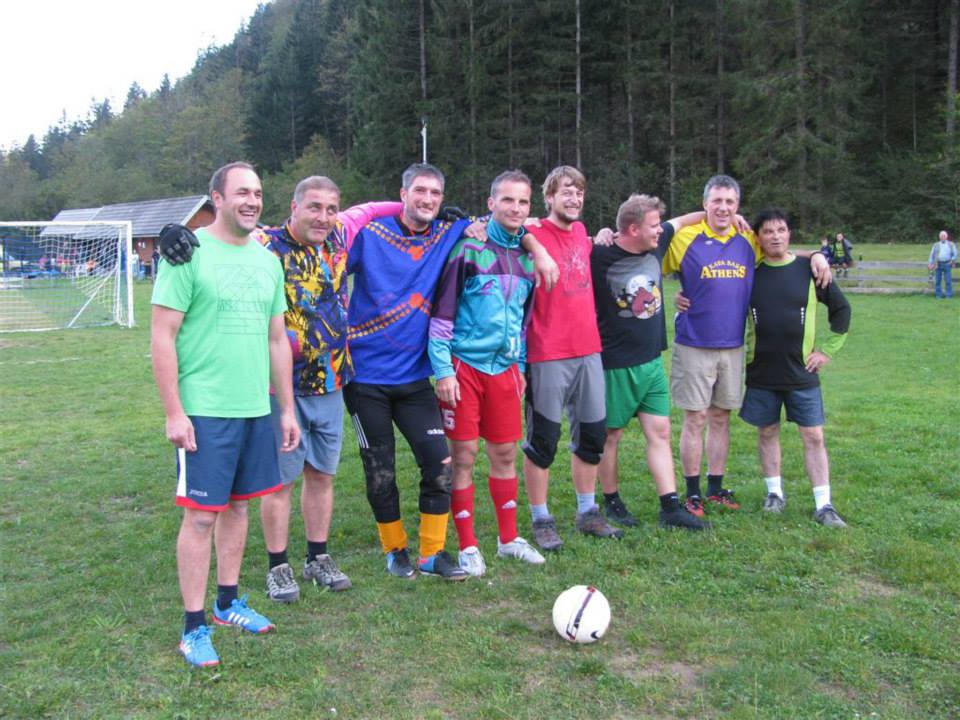 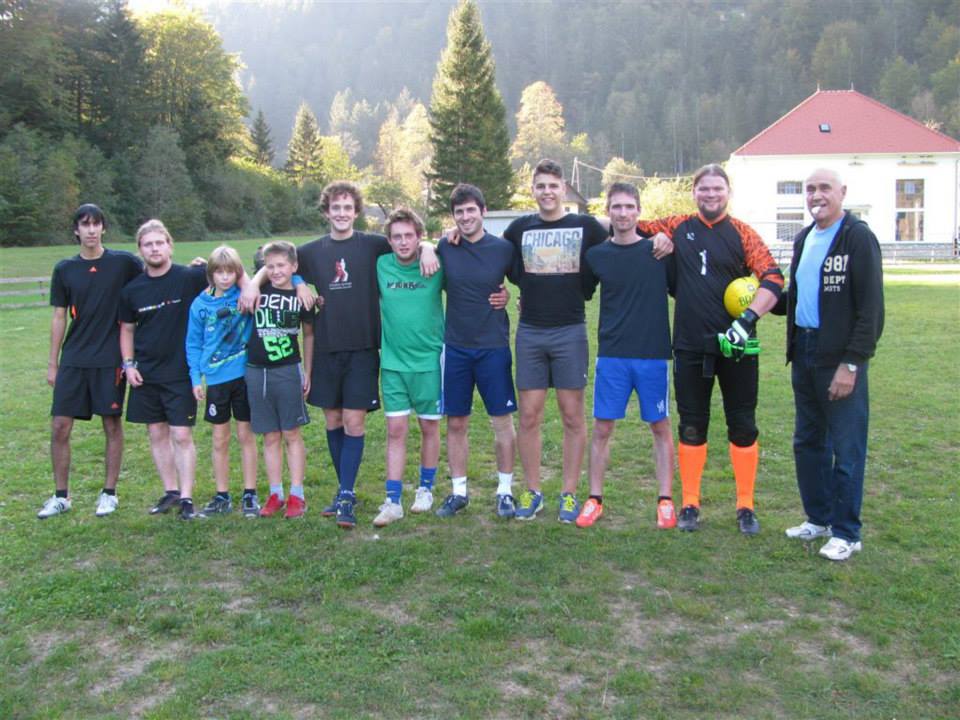 I scored the only goal for the Old ones, unfortunately it was in our net. The final score was 5:0 for the Youngs.


Results of the Obstacle Challenge competition (teams with a kid or a woman in the team got a 10% bonus of the best time achieved):


We had a small family gathering in Prigorje, Hrvatsko Zagorje, where my dad has a vineyard cottage, modified now in a small weekend house. Nada and me decided to go there with bicycles. 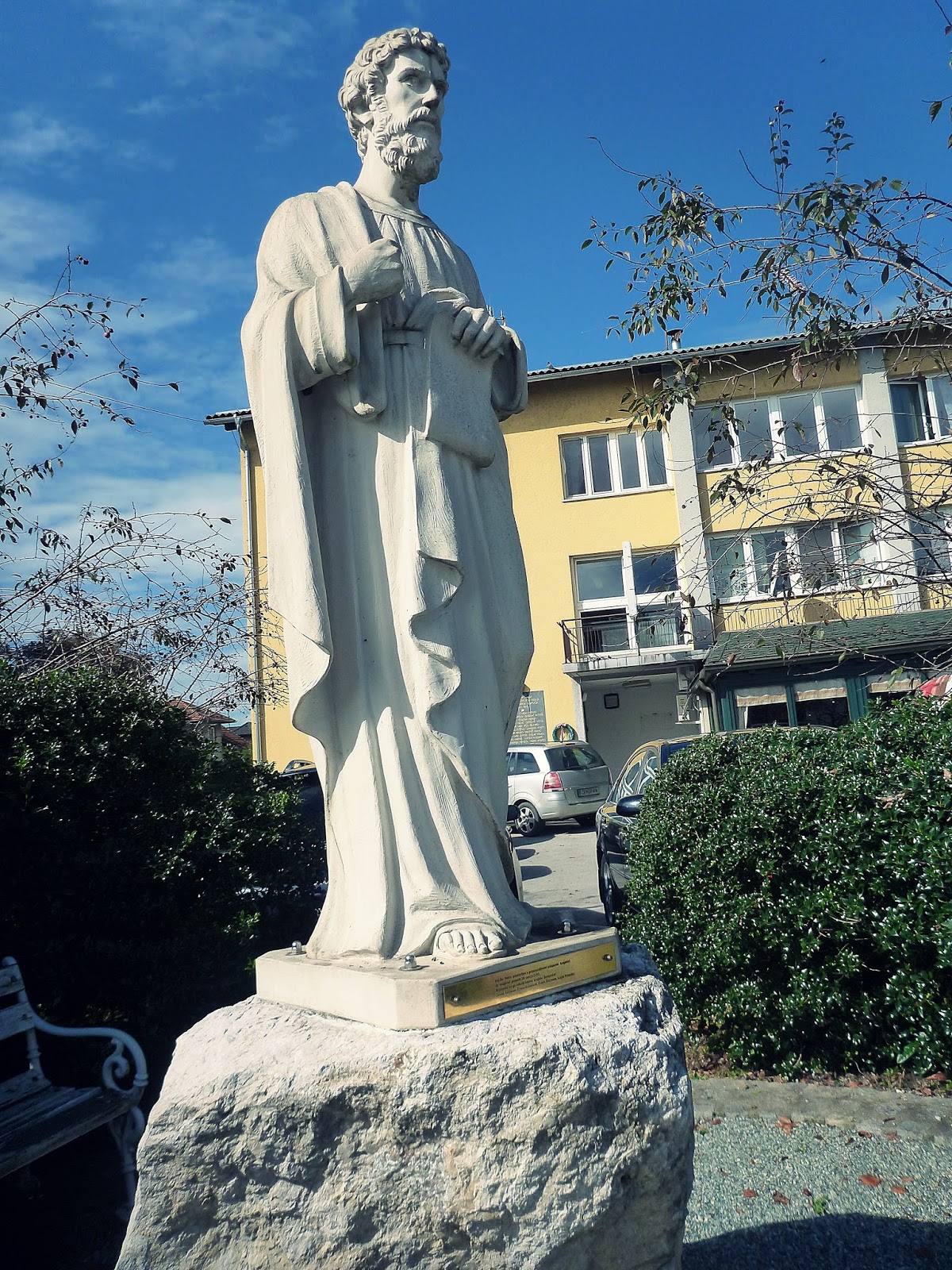 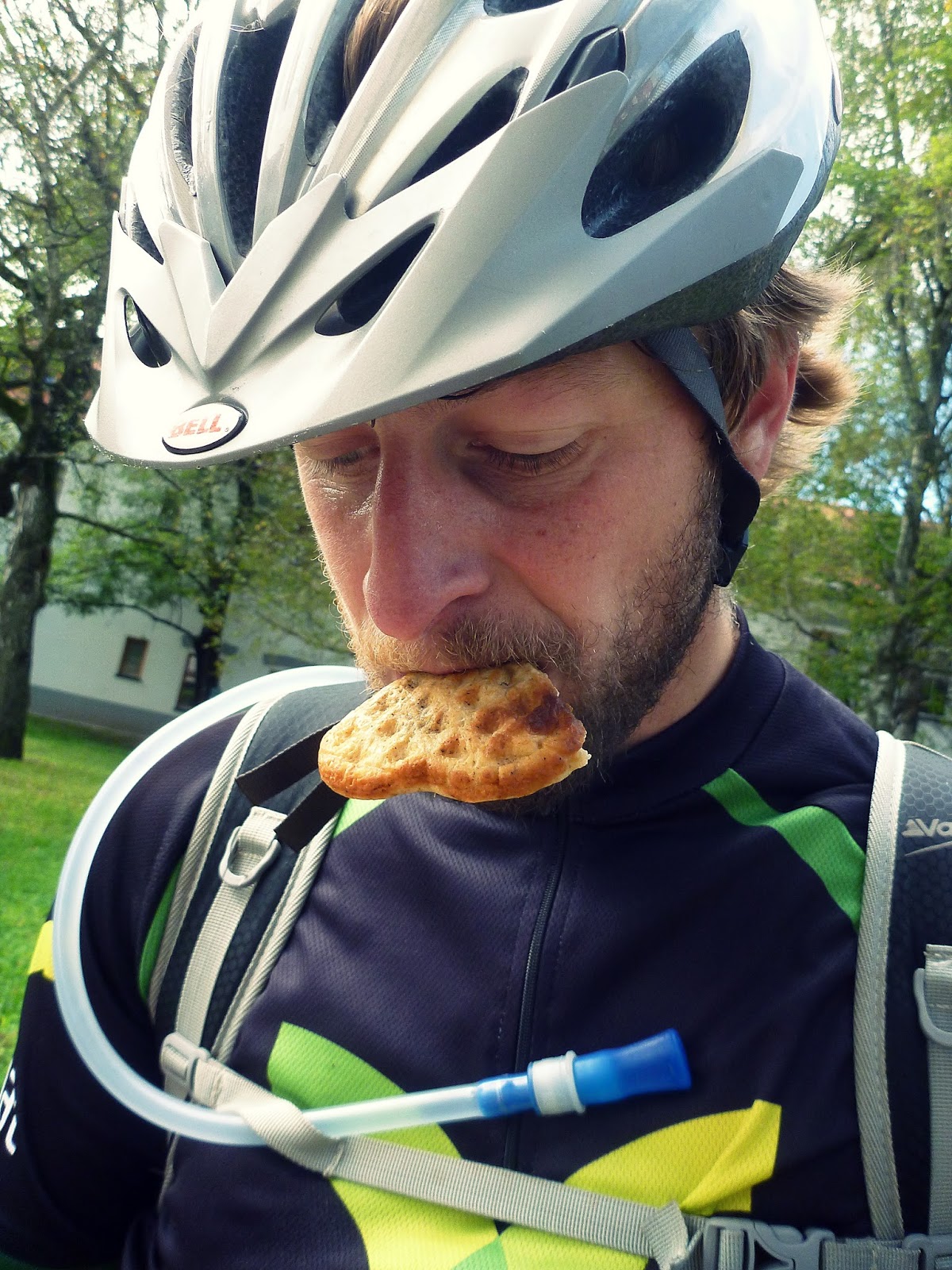 Slovenia: Morning ride with bicycle from home to work


In the morning I decided to go to work with my bicycle, Snow White. Low temperatures bothered us a little, but we didn't give up.


After work Nada and me did another bicycle trip. This time we headed East from Ljubljana and we rode through villages Orle, Podmolnik, Češnjica, Zagradišče, Besnica and Podgrad. On the way we picked up a couple of GeoCaches.

Our sport and cultural society ŠKD Indijanci went on a forty-fifth morning hike (56th overall). This time we also had a little longer hike, like the previous time. We started from Kanonir, 750 m, and we headed straight to our main goal, Kozji vrh, 1628 m. On our way back to our starting point, we did a short detour to Turni, 1432 m.


Our local Sport Society ŠD Podljubelj organized two more events. First one was streetball and after that we had a competition in shooting a ball through the basket hoop. Women and Kids were competing in same category from free throw line and Guys were competing from 3-point line.


On Thursday I joined the opening meeting of AO Tržič (local alpine climbing association) and today we had our first climbing tour. After the tour I will decide if I will join their alpine school or some other. Nada also had time and she decided to join us.

First tour, first problems. Nada forgot her climbing harness and I couldn't find mine. Luckily my friend Boštjan had two of them and he lend them to us. Second problem was found on the meeting point. I forgot my camera (Srečko) and GPS (Jože). There was no time to go back, so we continued without them.

Our first tour was Kramar's route on Storžič, 2132 m. Details of the route:

Every trainee had his own instructor and we all successfully climbed to the top. 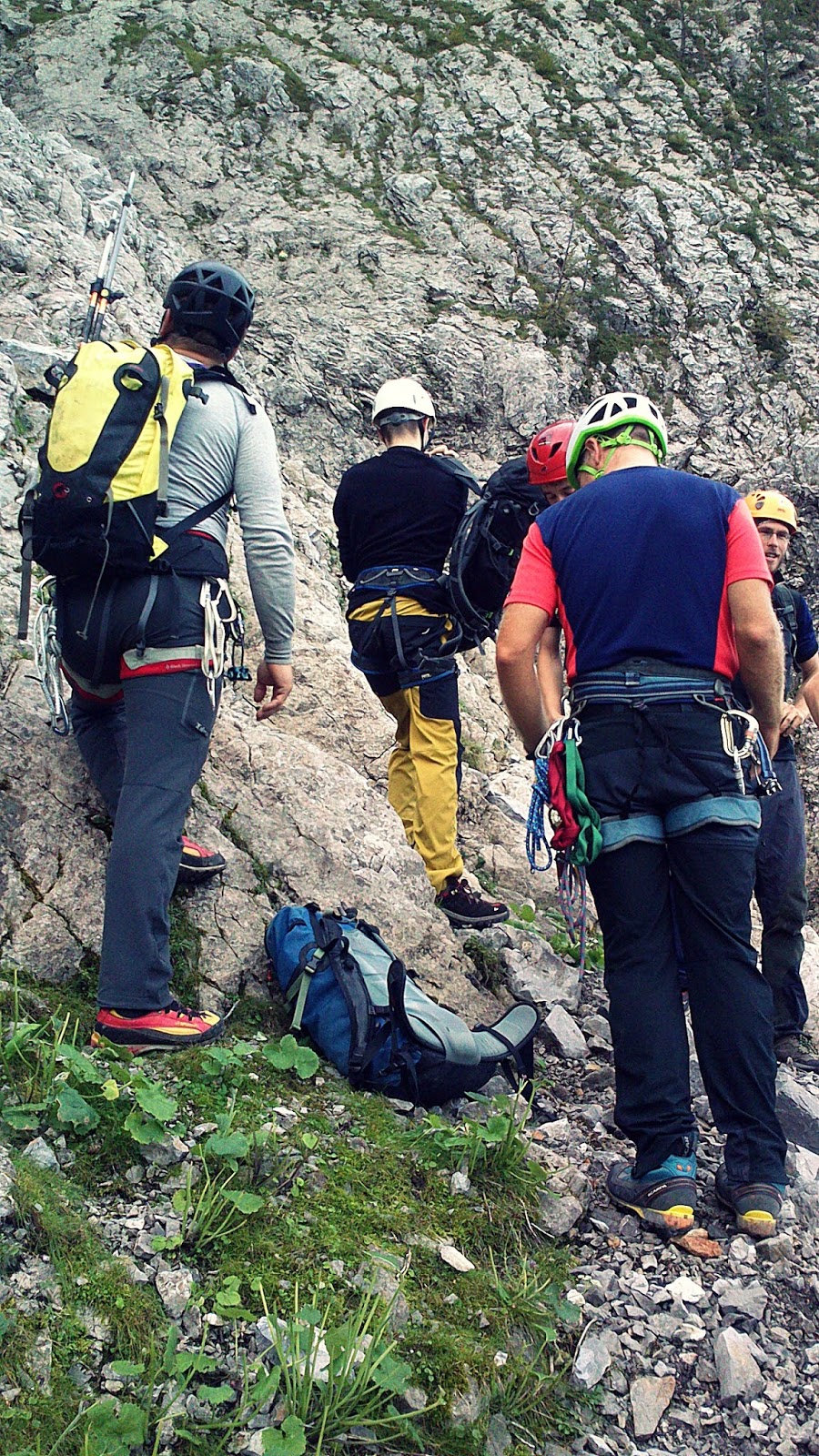 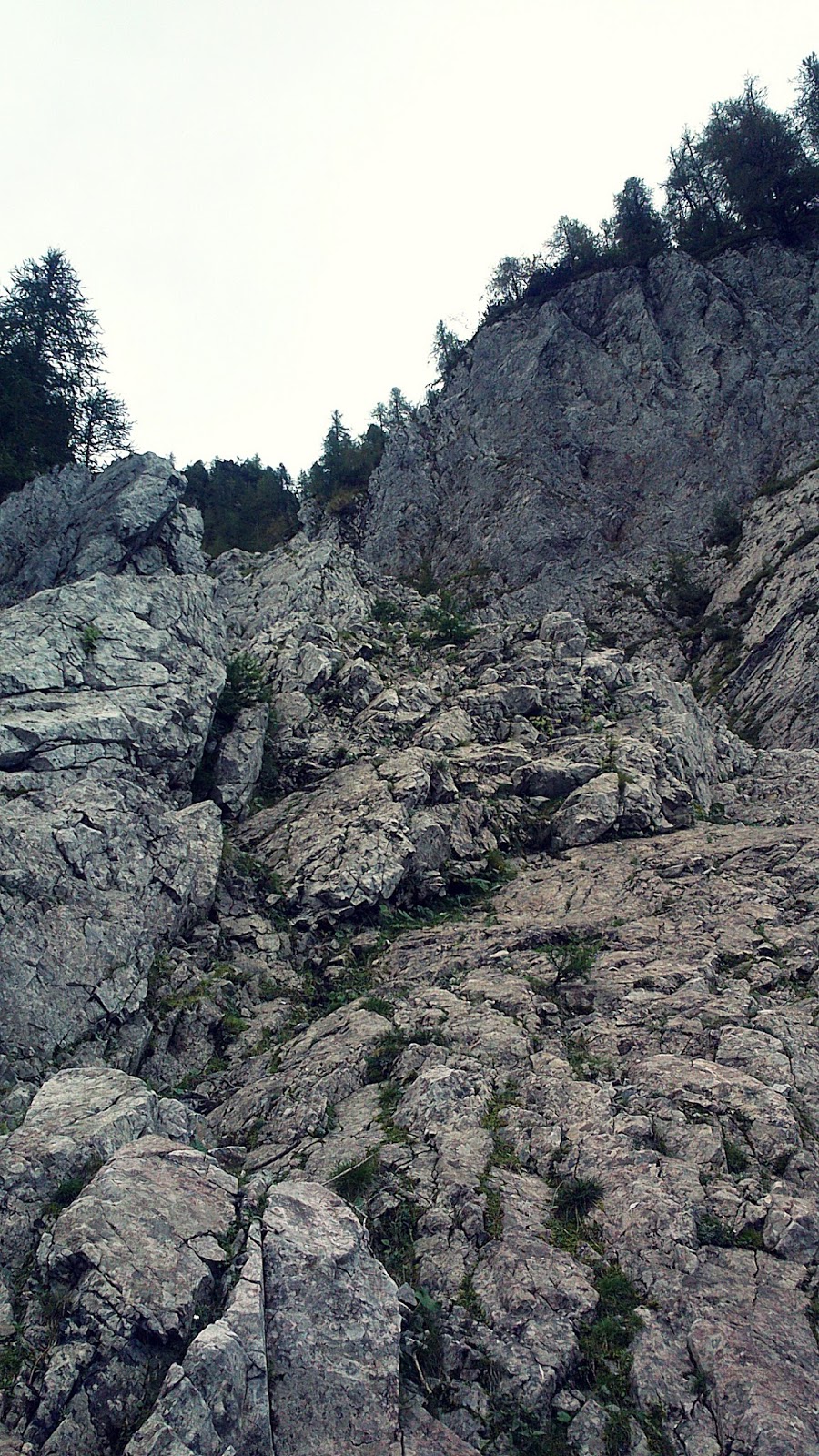 Helmets, harnesses, and other important instructions before the climbing part.

We descended via Škarjev rob back to Dom pod Storžičem mountain hut, 1123 m.

In the afternoon me and my friends had a party at so called "Tennis place". We ate, drank, ...