Today was the day to conquer Point Lenana on Mount Kenya at 4985 m a.m.s.l. We were a bit worried yesterday, since it was raining a bit in the evening, but when we woke up little past midnight, all was OK, just the tent was a bit frozen and the temperature on GPS had a minus infront of the number, so we were good to go. Our plan: Sunrise at the summit.

We packed everything and first couple of meters were easy. At the spring, that we found yesterday, we filled our bottles with water. Then the steep part on the rocky landslide began and we continued quite slow, we even lost the main track for a couple of meters, but it was easy to find it back. Nevertheless we reached the altitude of 4800 meters and the Austrian hut an hour earlier than expected, so we went inside. Hut was empty, outside cold and windy, so we decided to spend this hour inside the hut with a sleeping bag. First couple of minutes we were shaking, but than it was better. Let me mention at this point that someone deliberately hide my gloves and I had to be without them all the time. Nada is my prime suspect, although she denies everything.

After an hour we had to wake up again, which was the hardest part, but we managed. We still had 1 hour of walking to the peak and we did it, just as the sun started to shine, we reached the peak. A group of tourists with porters/guides arrived some minutes earlier, so we were a group of 8 at the top.

Photo-session of smiling faces and the great views was the main thing at the top. Since it was cold and the other group started descending the same way as we wanted, we decided to follow them. In all the hurry we forgot to make a commercial for the pate (Gavrilović pate that hiked with me for more than a year, and is probably the pate with the most ascend meters in the world) and we totally forgot about the GeoCache. We realized that on our way down and it was too late to go back. Well, our highest GC will remain the one on our highest mountain.

The way down was very long with one big brake near the Minto's Hut, but the scenery on Chogoria Route was awesome. After almost 14 hours we arrived to Road Head Camp at 3300 m. Tired legs and backs were the reason we first rested for a while and then ate. Soup was delicious, followed by another rummy session. Before bedtime nearby group of porters and guides received a visit and the guy offered us a transport to the city tomorrow for 90 $. Goodbye was the only word we said, I rather walk whole day. 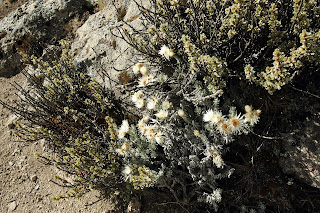 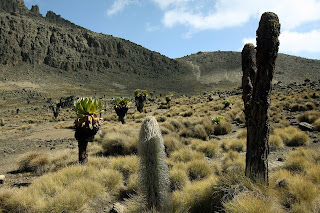